Woo-Hoo!  First of all, THANK YOU to all of you that hopped to and helped Chris Kennedy and I have such a GREAT book launch weekend, no Foolin’ (get it?  Because it was April Fool’s Day aaaaaand Easter . . . .  I’ll shut up now). 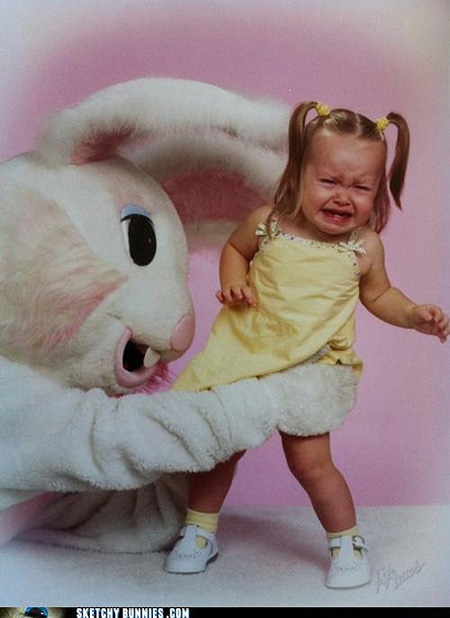 I won’t bore you with the whole play-by-play but, briefly, when The Mutineer’s Daughter launched on Amazon on Friday, it had an insurmountable, back-of-the-pack sales rank in the 600,000’s — which basically meant around 600,000 books were ACTIVELY selling better than it.  Pitiful, but it was pre-official launch.  After the early readers, early reviewers, my Facebook and Twitter friends, Chris’s minions from his mailing list, etc. got done pushing it, it rose to the lofty sales rank of 11,600.

Now, that may not sound really impressive to you . . . but it kinda is.  For a self/indie/small-press publication, opening weekend, with just word of mouth and a bit of intra-Amazon advertising, THAT’S AMAZING.  Yes.  11,000 books were selling better.  But that’s 11,000 out of ALL the books Amazon sells.  Which is a lot?  I’ll have to ask Chris what the actual sales were, but I’m pleased.

Then I googled myself.

And that’s when I saw that the great Nyrath (Winchell Chung of Atomic Rockets — the best dang science resource for space sci-fi authors and game designers on the internet) had not just given TMD a glowing review, he had also awarded our book the prestigious Atomic Rockets Seal of Approval!  Aaaaand the Radiator Award! 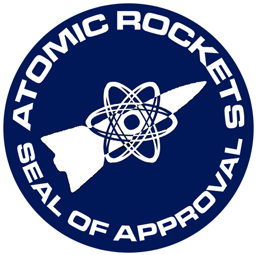 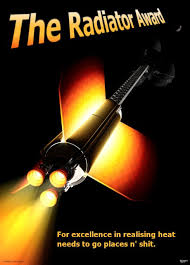 The first goes to books or games that are suitably “hard” with their science and space physics.  Things have inertia.  Acceleration takes time and velocity builds, which then has to be decelerated against.  Nothing is 100% efficient.  Energy and reaction mass has to come from somewhere and they impose limitations which then have to be accounted for.  There’s (for the most part) no stealth in space.  There’s no sound and distances are VAST.  You can’t zip around or bank your space fighters.  You, in fact, realize space fighters don’t really work that well, even if it means your inner X-Wing or Viper pilot dies a little inside.

That doesn’t mean you can’t cheat a little for the sake of telling an exciting story.  If you didn’t cheat a bit, every realistic space story would be slow and methodical and locked in our solar system using drones and probes.  You can have great stories like that, but too much reality can limit the imagination.  However, you don’t have to go full space fantasy like Doctor Who or Star Wars either — not that those aren’t fun in their own way.  Too often, though, they require the use of oo much secret handwavium or macguffinite to resolve the story in favor of the protagonists.  That’s like writing (and reading) on easy mode.  Deus ex machinas everywhere.  The Doctor’s sonic screwdriver and Star Trek’s transporter basically do WHATEVER the stories require, and after a while that just gets lame.

Writing/reading “hard” science fiction is a joyful challenge, sort of like solving a puzzle, or really getting into a game of chess.  Everyone knows how the pieces work.  The enemy can see your every move, and you can see every one of theirs, and you still have to pull out a victory or achieve tactical surprise!  There are no 11th-hour saves from out of nowhere.  Instead, whatever cheats you MUST use in order to keep your adventure moving briskly at the speed of plot have to have limitations.  They need to have well-defined rules and costs that prevent them from being some sort of deus ex machina, and — once established — YOU CAN’T BREAK THEM, even if they involve physics that don’t exist (yet) in our reality.  That’s how you can have faster-than-light travel (even if it breaks causality in our physics) or super-duper-efficient fusion drives, like in the suitably-hard The Expanse series and novels.

So, yeah.  The Mutineer’s Daughter does that, as A Sword Into Darkness did before it.

The second award is — in its words — For Excellence In Realizing Heat Needs To Go Places ‘N Shit . . . .

The ships in TMD have fragile, easily crippled radiators to expend all that pesky waste heat into the vacuum of space.  They are both a hassle and a constraint to be exploited.  Remember, on a fusion-powered ship, the worry isn’t that you’ll freeze in the cold vacuum of space if your systems fail.  The worry is that you’ll be roasted for years as your whole hull reaches thermal equilibrium with the reactor and you SLOWLY cool off via inefficient infrared emission.

Not enough people appreciate convection through the atmosphere.

So, THANK YOU, Atomic Rockets! 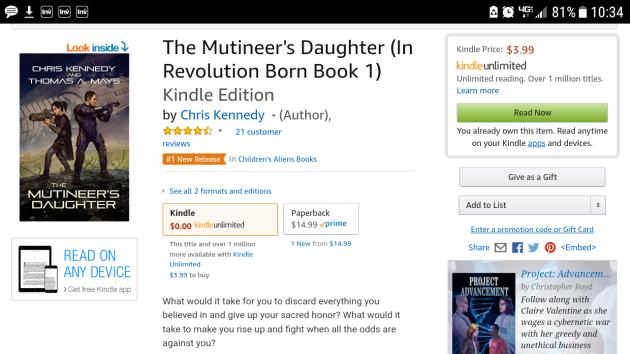 And as if THAT wasn’t enough, Chris Kennedy sent out a shout this morning that the fun of the weekend WAS NOT OVER.  Because this morning, Amazon ranked TMD as the #1 New Release in Children’s Science Fiction Ebooks regarding Aliens, which jumped our numbers up all over again.  From 16,000 back to 11,000, then 10,000, 9000, 8000, 7000 . . . finally peaking at a sales rank of 6920!  Again, big number, but MUCH SMALLER than many.  That made us rank not only on the New Release list but also on the regular list.  At this point we are at #2 of all Children’s Sci-Fi Ebooks – Aliens, ABOVE in the list A Wrinkle In Time at #4.  That’s not to say we’re better than Madeline L’Engle’s classic, just that it’s nice to be in such company – especially as that book has a movie out now. 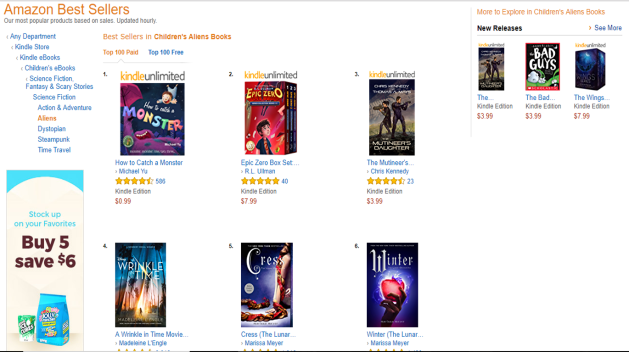 Now, would I think of TMD as a Children’s Ebook?  Heck no!  It’s young-adult at most and is written to appeal to teens and adults alike.  Sailors are in there.  Sailors curse.  I’m just waiting for the first angry parent to dress me down because the antagonist in chapter One says “Fuck”.

But until then, I’m enjoying these lofty ranks, these 23 stellar 4 & 5-star reviews, and looking forward to where this might go.  Thank you all!